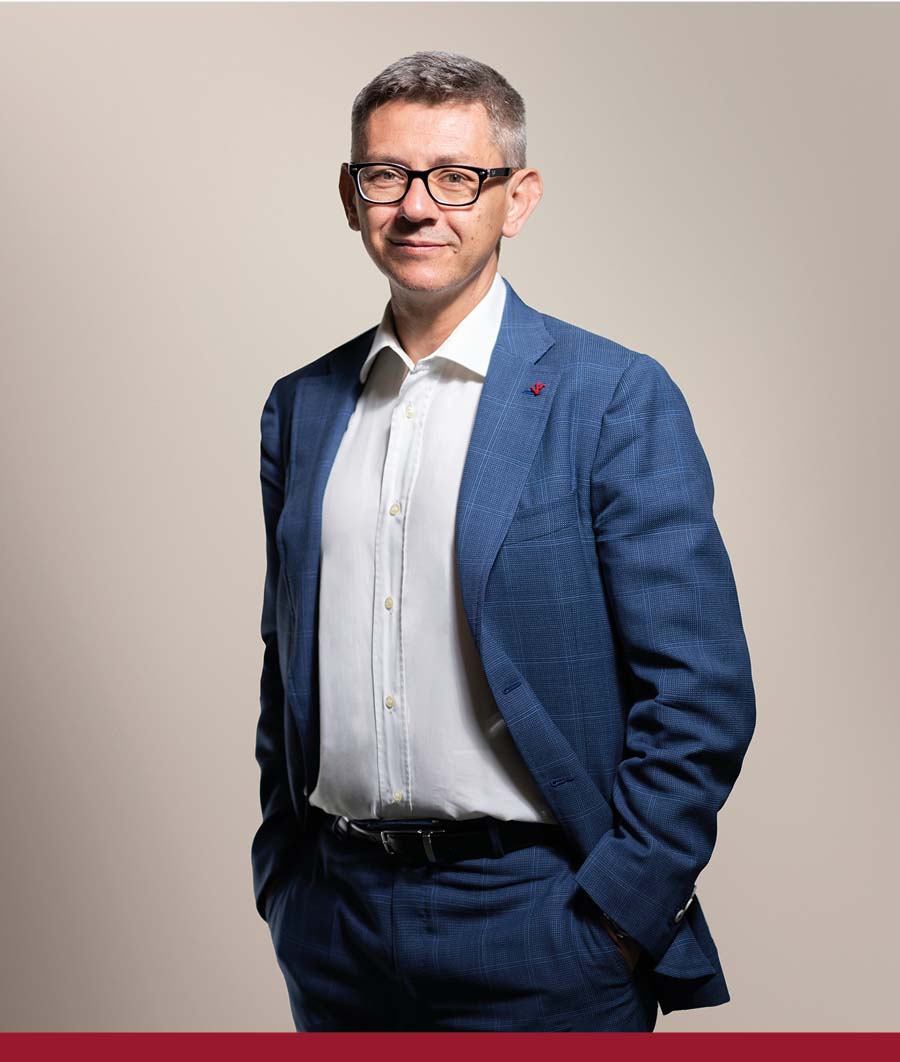 Alberto Camusso is a partner at the Turin office. His practice covers both contentious and non-contentious IP matters. He routinely acts for major international clients advising them on IP rights enforcement strategies, with a special emphasis on patent and trade secret litigation. He also specializes in antitrust law. His practice also includes a variety of commercial agreements in various business areas.

His practice covers all areas of intellectual property, both contentious and non-contentious, and he routinely acts for major international clients assisting them in IP rights enforcement scenarios. His 25+ years of experience in litigation encompasses a wide variety of cases before Italian Courts, including the Supreme Court, and the Court of Justice of the European Union, with a special focus on patent, trademark, design and trade secrets litigation.

Alberto’s practice also includes competition law and transactional work, where he has broad experience in navigating various forms of industrial and commercial relationships, and related agreements, as well as in setting up and implementing IP policies and procedures within all kinds of companies.

Alberto graduated with honours from the University of Turin Law School, and attended the Post-graduate Course in International Trade Law jointly organised by the University of Turin and ILO in 1995. He worked with the English firm Addleshaw Booth & Co. in Leeds and Manchester in 1998, at which time he also received a Post-Graduate Diploma in EC Competition Law from King's College in London. He was admitted to the Bar in 1999 (Turin).

Alberto is a frequent speaker on various IP issues from enforcement procedures to the protection of confidential information and trade secrets. He also lectures on antitrust law at the Masters in Intellectual Property law course jointly organized by the University of Turin and WIPO.

He is an active member of LES, Marques, and AIPLA.