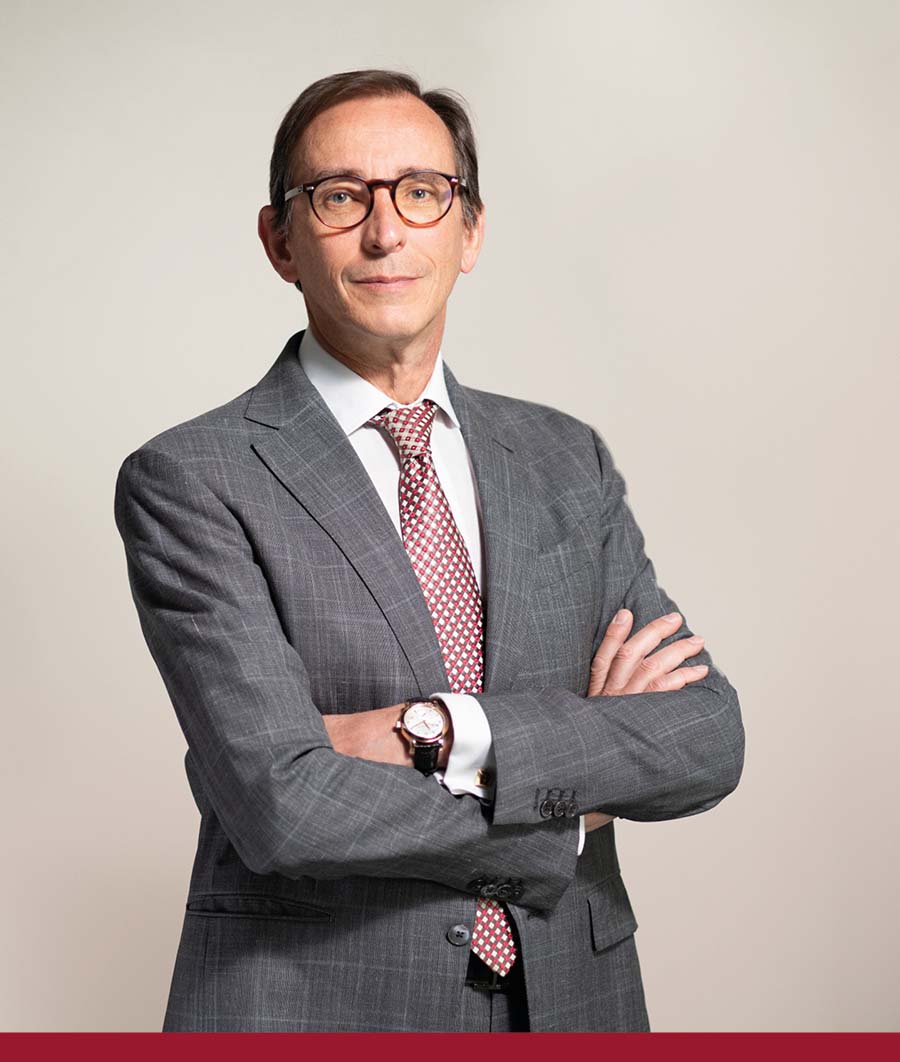 Fabrizio Jacobacci is the senior founding partner of the firm. He specializes in competition and intellectual property law, both in contentious and non-contentious matters, and has significant expertise in arbitration. He has acquired an international reputation for his handling of various complex patent and trademark disputes on behalf of leading Italian and foreign companies.

Fabrizio worked with the German law firm Punder, Volhard, Weber & Axter (now Clifford Chance) in Frankfurt in 1988 and subsequently with Linklaters in London in 1989. In 1996 he founded Studio Legale Jacobacci & Associati.

Fabrizio specializes in litigation and arbitration, most notably in the area of competition law and intellectual property, with particular emphasis on Life Sciences, including the regulatory aspects related to medical devices and pharma products. He has acquired an international reputation for his handling of various complex patent and trademark disputes. Over the past five years, Fabrizio has been consistently ranked amongst the top Italian intellectual property lawyers by legal professional magazines such as the Legal500 and Chambers & Partners and was ranked in the top 15 trademark lawyers worldwide by the Who's Who Legal 2008 edition. Chambers Europe 2012 edition describes him as "an impressive litigator, proactive and incredibly effective".

His recent publications include co-author of " Pharmaceutical, Biotechnology and Chemical Inventions, published by Oxford University Press.